Share everything. Play fair. Don’t hit people. Put things back where you found them. Clean up your own mess. Don’t take things that aren’t yours. Say you’re sorry when you hurt somebody. Wash your hands before you eat. Flush. Warm cookies and cold milk are good for you. Live a balanced life – learn some and think some and draw and paint and sing and dance and play and work every day some. Take a nap every afternoon. When you go out into the world, watch out for traffic, hold hands, and stick together. Be aware of wonder. ~ Robert Fulghum (All I Really Need to Know I Learned in Kindergarten)

The above quote is from my favorite author, Robert Fulghum, and from his book All I Really Need To Know I Learned In Kindergarten. Robert Fulghum was born in 1937, and grew up in Waco, Texas. In his youth he worked as a ditch-digger, newspaper carrier, ranch hand, and singing cowboy. After college and a brief career with IBM, he returned to graduate school to complete a degree in theology. For 22 years he served as a Unitarian parish minister in the Pacific Northwest. During the same period he taught drawing, painting, and philosophy at the Lakeside School in Seattle. Fulghum is an accomplished painter and sculptor. He sings, and plays the guitar and mando-cello and was a founding member of the The Rock-Bottom Remainders–a rock and roll band of author-musicians. He is a member of The Beat Goes On Marching Band of Portland, Oregon, in which he plays cymbals and tambourine. Robert Fulghum is married to the painter, Willow Bader, and lives part-time in Seattle, Washington, and Moab, Utah.
~~~~~~~~~~~~~~~~~~~
This seems to be a pattern with me lately … it’s been a few weeks since my last post. Where did January go, anyway? But then again, I really make no apologies as life has just been busy, you know? Much has happened since my last post at the beginning of January and there have been a few medical appointments that I have accompanied Brenda to the last couple of weeks. Balancing the personal appointments with the business appointments have proven a bit of a challenge for me, but so far so good.

You may recall that my last post chronicled my adventures around attending the meeting with the locum doctor. Brenda’s next appointment she had was the follow up with her surgeon at the 4 week mark from the surgery, and she went to that one on her own on January 7th. That turned out to be a very good appointment, and she was able to extract a lot of information out of the doctor regarding the surgery and the successes of it and such. Thursday, January 9th was one of those big days for us, as it was the first meeting with Brenda’s Cancer Oncologist. It didn’t start out well for us, we arrived at the appointment about 20 minutes before the appointment time so we could fill out the required paperwork. We managed to complete all of the papers, and as we were doing so there were a few other people that came in with companions for what was obviously their Oncologist appointments. About 10 minutes after our appointment start time, the other people in the waiting room began being called in to see their doctors so they could learn about their upcoming chemotherapy treatments. We ended up waiting quite a long time after the others went in to see their doctors, and finally about a half hour after Brenda’s actual appointment time, we were called and shown into the examination room, where we waited again. The doctor didn’t show up for the appointment until almost an hour after the original appointment time. I was not impressed, but the worst thing about it all was that after we were shown into the room we still had to wait a half hour, and Brenda actually went out to the receptionist to inquire as to where the Oncologist was. The receptionist called, and found out that the doctor was about 5 minutes away. The meeting didn’t start so well, but it ended with us feeling a lot better after speaking with the Oncologist.

Last week, we had to go to the hospital for three different tests, to see if Brenda’s cancer was anywhere else. A bone scan to check her bones, a CT scan to check her organs, and then a MRI to check her chest and upper body. Thankfully, all ended up negative or she would have had to face the possibility of more surgery and would not have been able to start her chemotherapy treatments.

We had another big day this week. as this past Tuesday was Brenda’s first chemotherapy treatment. It seems odd to think that we would actually look forward to the start of chemotherapy, but we did. Somehow, getting the opportunity to fight the cancer gave us something to look forward to, rather than just go for test after test with no clear end in sight. Chemotherapy was OK, the chemo nurse was extremely empathetic, helpful and informative, and Brenda found some comfort in talking to her during the chemo treatment. 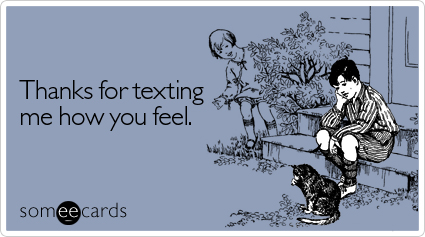 I did want to say a very public thank you here on this blog, to all of you who have been sending well wishes to Brenda. I can’t tell you now much it means to her to receive texts from her friends, Amanda and Nancy especially, and I know there are others but I don’t make it a habit to read her texts so if I have missed any others of you that read this blog I apologize in advance. Brenda receiving a text from Amanda referring to her as a “Rockstar” and Nancy texting her to give her moral support and checking up on her means the world to her, and to me. Somehow, it all validates what I have always known about Brenda, that she is a “Rockstar” and that she is a true fighter. Thanks to all of you. Also, there have been a couple of my new WordPress friends who have sent me e-mails to my Threebones e-mail just letting me know that they are thinking of Brenda and I and hoping that all is OK. It is amazing what that does for our spirits. Thank you to those of you that have taken it upon themselves to send a quick note as well.

I wanted to leave all of you with a clip from my favorite composer of all time, Wim Mertens.

Wim Mertens (born 14 May 1953) is a Flemish Belgian composer, countertenor vocalist, pianist, guitarist, and musicologist. He is not very well known in North America at all, and does a few concerts in many different cities in Europe every year, where he is much more well known. Mertens was born in Neerpelt, Belgium. He studied social and political science at the University of Leuven (graduating in 1975) and musicology at Ghent University; he also studied music theory and piano at the Ghent Conservatory and the Royal Conservatory of Brussels. Known primarily as a composer since the early 1980s, Mertens is best known for his opus “Struggle for Pleasure”. He is also well known for his piece “Maximizing the Audience”, which was composed for Jan Fabre’s play The Power of Theatrical Madness, which premiered in 1984 in Venice, Italy. Mertens’ style has continually evolved during the course of his prolific career, starting from downright experimental and avant-garde, always gravitating around minimalism, usually, however, preserving a melodic foundation to the forays that he makes into the worlds that he is exploring. One can follow three separate threads of musical styles throughout his work: a) Compositions for ensemble, perhaps his most accessible and “commercial” material; b) Solo piano and voice compositions, which features haunting keyboard melodies accompanied by Mertens’ unique high-pitched tenor voice singing in an invented, personal language; and c) Experimental minimalist “cycles” for single, dual, and sometimes more instruments. ~ Wikipedia

The clip following is from the very first album that I first discovered from Mertens, A Man of No Fortune, And with a Name to Come. Although it is not your usual flashy musical video production, it really is one of the first pieces that drew me to his work. I presently own about 20 of his albums on CD and mp3. Check out the link below, and I hope you enjoy …

Until next time … Keith

7 thoughts on “Hold Hands and Stick Together …”